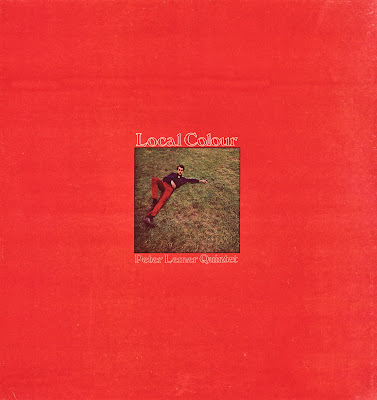 As part of ESP-Disk's celebration of the 50th anniversary of our founding in 1963, we have created the limited rESPlica series to reissue some of the more esoteric, specialist items from our extensive catalog of avant-garde jazz, and underground/outsider rock and folk, etc. These have never before been officially issued in the U.S. on CD. Each one will reproduce the LP artwork (minus out-of-date addresses, and with a UPC code). The new remasters of these albums have been done specifically for ESP-Disk's 50th anniversary by archivist Michael D. Anderson from the original tapes whenever possible.

British pianist Peter Lemer studied with Jaki Byard, Paul Bley, and Bill Dixon, so his roots in jazz are strong. His lengthy and distinguished career has found him in a wide variety of settings. As an avant-garde jazz pianist, he recorded with Spontaneous Music Ensemble; in the jazz fusion realm, he was a member of Gilgamesh and Paraphernalia; as a progressive rock keyboardist, he played with Gong, Baker Gurvitz Army, the Mike Oldfield Group, Seventh Wave, and In Cahoots. Sideman credits include work with Annette Peacock, Harry Beckett, and more.

Surprisingly, Local Colour – his debut recording – is Lemer's only album as a leader. Recorded in London in 1966, before jazz fusion or prog-rock even existed, it belongs in the collection of anyone who cares about the British jazz scene, and not only because of Lemer's talents. Everyone in this quintet went on to notable achievements. This was sax great John Surman's recording debut; he is now arguably the premiere British jazz saxophonist, with a prolific and much-praised discography. Chances to hear the also scintillating sax sound of the more obscure Nisar Ahmad Khan (AKA George Khan) in a jazz context are much rarer, though prog-rock fans may remember his appearance on Robert Wyatt's Ruth Is Stranger than Richard and his work with Cream lyricist Pete Brown and The Crazy World of Arthur Brown. Drummer Jon (then going by John) Hiseman had already established himself on the British jazz scene by co-founding the New Jazz Orchestra in 1964; two years after the Local Colour session he started Colosseum, one of the most successful British jazz-rock bands, and he even collaborated with Andrew Lloyd Webber on the musical Cats. Bassist Tony Reeves had had a hit single in 1965 with Sounds Orchestral ("Cast Your Fate to the Wind"); after a brief stint with John Mayall's Bluesbreakers, Reeves joined Hiseman in Colosseum; he was also a member of Greenslade and Curved Air in addition to session work with Fairport Convention singer Sandy Denny and guitarist John Martyn. That's a whole lot of talent in the Peter Lemer Quintet! Together, they make a sort of inside/outside jazz that doesn't abandon themes and harmony but is still quite freewheeling when it wants to be. A lost classic, revived for a limited time with this 50th Anniversary Remaster rESPlica Edition in a slipcase copied from the original LP art.

"...another ESP-Disk gem back from the massive archives of one of the finest labels in avant-garde jazz." - Forced Exposure