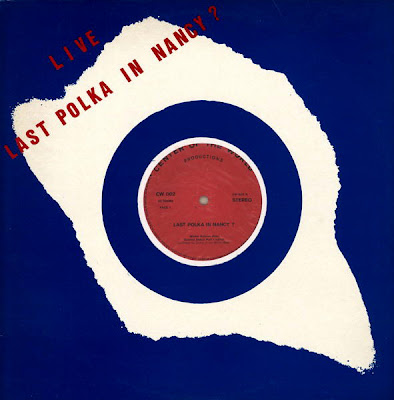 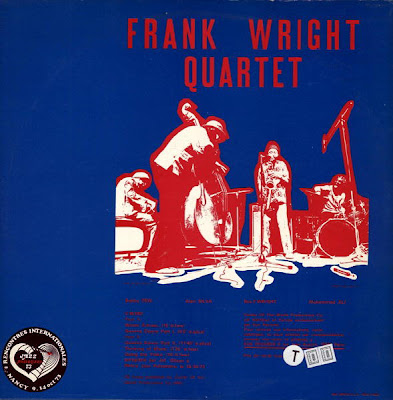 音楽 ： Captain Beefheart And His Magic Band - Safe As Milk 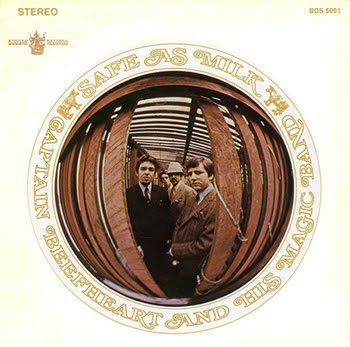 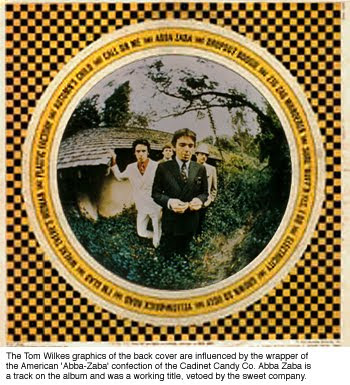 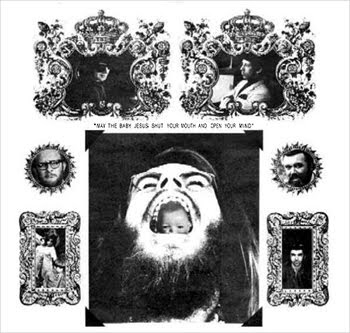 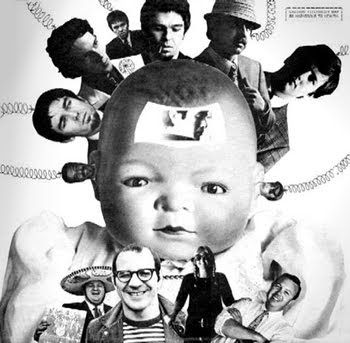 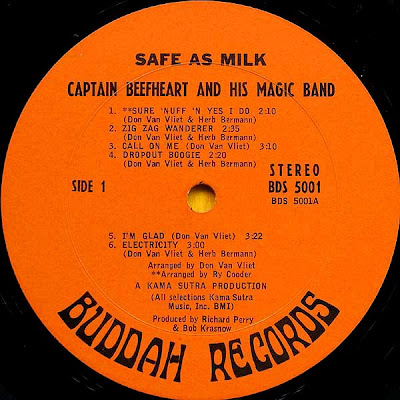 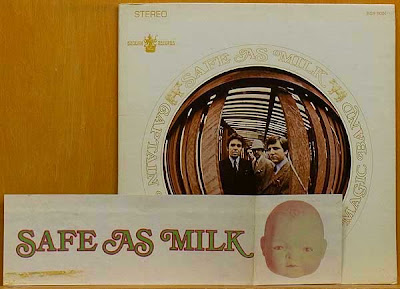 Captain Beefheart And His Magic Band - Safe As Milk

stereo release, on red "Buddah" labels, followed shortly after the mono release.
(It is actually 'stereo enhanced')
The vinyl is contained in a 2-sided black & white half-tone photo-montage liner, of band members, session artists, engineers & producer.
One side reads "May The Baby Jesus Open Your Mind And Shut Your Mouth", the back reads "Caution: Electricity May Be Hazardous To Health".
(None of the artists are credited).
A 380mm x 100mm 'bumper sticker' (with "Safe As Milk" text and a cutout baby's head color image) was folded into cover. This in limited quantities.

Sidenote: This 'publicly available' release also exists in a mono cover with a stereo over-sticker. And, later, in the cover shown but without a montage liner.

Reports suggest Richard Perry played the Harpsichord on "Call On Me".

The making of Safe As Milk, the debut album of Captain Beefheart And His Magic Band, is a long and convoluted story, revealed at length elsewhere upon the Web and in written accounts. However, some rudimentary details are worth having here for those wishing to submit.

Vliet wrote all of the songs, with the exception of Grown So Ugly, by Robert Pete Williams. Herb Bermann (Lancaster resident & soul-mate at the time) co-wrote the lyrics with Vliet on all songs - with the exception of the aforesaid and; Call On Me, I'm Glad and Abba Zaba. Jerry Handley co-wrote Plastic Factory with Vliet & Bermann. Cooder arranged Sure 'Nuff 'N Yes I Do & Ugly, Vliet arranged the remainder.

At this time, in 1967, 'Kama Sutra' records had a distribution deal with MGM. Meanwhile a Verve 3000 series catalog was allocated for Beefheart (FTS 3054), but not used because Vliet had signed with Kama Sutra after failing to be picked up by A&M. To extricate from MGM, Kama Sutra had created Buddah Records late in 1967, headed by Neil Bogart. Thus, Vliet & the band were recording for Buddah, although signed to Kama Sutra and Kama Sutra is shown on international releases. Bob Krasnow and Richard Perry produced the sessions and some engineering was done by Hank Cicalo & future TMR bassist Gary Marker*. This is the first mono & stereo album on the Buddah ('rainbow') label, celebrated later by the BMG reissue launched as the first issue on the new-look & retitled Buddha in 1999.

By the release of Safe As Milk the band line-up was in flux. When they re-entered a recording studio in October 1967, for what was to be a double album "It Comes To You In A Plain Brown Wrapper", the project met various problems. Tracks from sessions surfaced on Beefheart's 2nd "Strictly Personal" & 5th "Mirror Man" albums, among other releases. Consequently, some of the recordings from these sessions appear later, issued as 'bonus' tracks on Safe As Milk releases**.

The album's working title was "Abba Zaba", after the American candy bar of Cardinet Candy Co., in a yellow/black checkered wrapper (hence the back cover design). See; http://www.discogs.com/image/R-1690866-1292815038.jpeg However, the company vetoed use of the name and a title that was as 'safe as milk' was used. A track titled "Safe As Milk" can be found on "Strictly Personal".

*Marker engineered at Original Sound, as he describes in the 'Grow Fins' set.
**These are technically 'Compilation' releases, as indicated thereon by reissue distributors BMG (for example). Being compiled by 3rd parties from 2 different recording sources and significantly remastered without control by the artists. 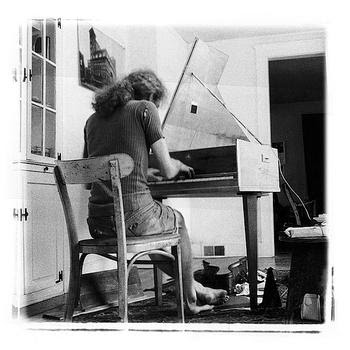 
"This is the last of the vintage, tipple era Askew, before the fingers cramped and began tickling digital ivory. These 2 wondrous cuts would've been included on the Little Eyes CD if time were not space. Wonderful live versions, of 'Here We Are Together Again' and 'Yellow Dollars', taken from David Porter's Show on WYBC, Nov 1969. These songs are the topical concern of that or any era (Love and War) and what else is there anyway?" (Wire)
投稿者 tangerine 時刻: 21:43 0 件のコメント: この投稿へのリンク