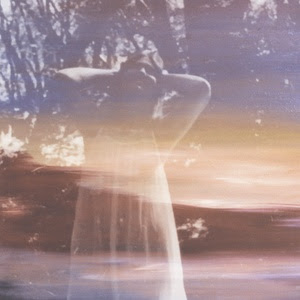 LP version. Patty Waters is a visionary avant-garde vocalist and composer, best known for her groundbreaking 1960s recordings for the legendary free jazz label ESP-Disk. Captivated by the music of Billie Holiday, she sang with Bill Evans, Charlie Mingus, Chick Corea, and Herbie Hancock before coming to the attention of Albert Ayler, who introduced her to ESP-Disk's Bernard Stollman. The rest is history. Recorded with pianist Burton Greene, Waters' haunting 1966 debut Sings (ESPDISK 1025CD) juxtaposes a side of hushed self-composed jazz ballad miniatures with an iconoclastic take on the standard "Black Is the Color of My True Love's Hair". Sharing Ayler's affinity for the deconstruction of folk idioms, Waters dismantles the tune through a series of anguished wails, moans, whispers, and screams that cemented her reputation as a vocal innovator, predating the extended techniques of Yoko Ono, Joan La Barbara, and Linda Sharrock, and cited as a direct influence to Diamanda Galas and Patti Smith's own freeform vocal excursions. The mythic side-long exposition stands as one of the 20th century's most harrowing expressions of madness and grief, its incantatory mutilation of the word "black" into a full-spectrum monochrome resounding with a particular potency at a time when battles for civil rights were erupting across the country. After recording a second ESP-Disk album in 1996 (ESPDISK 1055CD/LP), Waters disappeared from the music scene, moving from New York to California to raise her son. Her Blank Forms concert on April 5th, 2018 -- with original pianist Burton Greene as well as bassist Mario Pavone and percussionist Barry Altschul, both veterans of Paul Bley's ensembles -- was Waters' first New York appearance since 2003. Dedicated to Cecil Taylor, who had passed away moments before she took the stage, Live preserves the mournful tension that was in the air that night. Her first new release on vinyl since 1966's College Tour, the record divides the session in the spirit of her debut. Side A features a set of desolate ballads, including Waters' own classic "Moon, Don't Come Up Tonight", while the B-side puts into stark relief the fact that the fight for civil rights that Waters invoked over 50 years ago is far from over. Beginning with her rendition of "Strange Fruit", a 1937 song written in protest of black lynching and American racism, the suite's form-bending contortions also features the second-ever recording of Waters' original, exceptional lyrical take on Ornette Coleman's "Lonely
投稿者 tangerine 時刻: 20:57 0 件のコメント: この投稿へのリンク 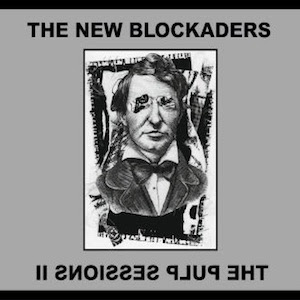 'The Pulp Sessions': ‘When I heard the TNB / Organum ‘Pulp’ 7” in the mid-‘80s it was one of the noisiest things I had ever heard and I had heard plenty of Industrial Music and Power Electronica as well as a lot of earlier noisy music. On ‘The Pulp Sessions II’ Part I the noise levels and sounds change throughout the course of both sides, but the level of pandemonium remains constant. There are loads of feedback, radio, scraping, clanking, and other sounds, chopping in and out continuously. Somewhere near the end, I started to fall into an almost relaxing trance. This feeling continued through Part II. I am certainly not recommending this as Ambient Music, but it is a very interesting and great CD. Swill Radio

’I was once in a room where a copy of the TNB / Organum ‘Pulp’ 7” was produced and I swear that people drew breath at the sight of it. ‘The Pulp Sessions II’ includes two extended workings from which ‘Pulp’ was realized. Two tracks (Part I & II) of constant churning, clanging, squeaking, stamping, shuffling and destroying sounds of an indeterminate nature that could have been recorded with various items of metal / junk. A reminder that back in the early '80s a brave few were making noises that still reverberate today.’ Idwal Fisher

’…Through David Jackman and his label Aeroplane Records we have a single that has become almost, if not ‘as’ influential as ‘Changez Les Blockeurs.’ A collaboration between Organum and TNB, the 1984 single ‘Pulp’ is a more mystifying slice of what was going on back then. I don’t own a copy but I was once in a room where one was produced and as Tristan Tzara is my witness I swear that people drew breath at the sight of it.

‘The Pulp Sessions’ are the extended workings from which ‘Pulp’ was realised. The results being not that far removed from ‘Changez Les Blockeurs,’ in that we have two sides of constant churning, clanging, squeaking, stamping, shuffling and destroying sounds of an indeterminate nature that could have been recorded with various items of metal junk in a shed in the North East of England during a rain shower some time in the early 1980s. Though whether Jackman ever made the trip to that shed in the North East or TNB visited Jackman’s shed is unknown to me. These are more austere recordings, denser with Organum filling out the sound. But with what? Who knows. Maybe what’s missing is the shed itself? ‘The Pulp Sessions’ wont carry the same gravitas as ‘Pulp’ which we can put down to the passage of time but these two twenty-minute tracks are still a reminder that way back in the early ‘80s a brave few were making noises that still reverberate today.’ Idwal Fisher

Two short excerpts from The Pulp Sessions were included on the TNB / Organum Pulp 7" (Aeroplane Records, 1984) 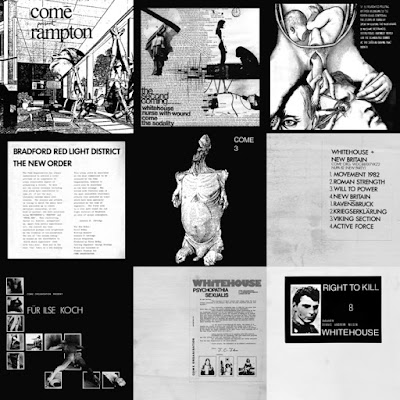 Please note. Official Release-Date is Mid November. Shipping until early December. Weight 6 kilo
Celebrating Come Organisation's 40th Anniversary of its first release in November 1979, VOD-Records is proud to announce the release of an ultimate deluxe retrospective set including 10x LPs in folder format with special sleeves + bonus 'Examples Of Cannibalism' 10" + a beautiful 212pp book + a truly massive poster. All of this is housed in a stunning embossed slipcase holder. The book included in this incredible limited edition box contains masses of unseen archive photos, posters, artist bios, stories, notes and all the Kata zines. Please note this is in a strictly limited edition of 585 signed copies with special certificate.
投稿者 tangerine 時刻: 20:09 0 件のコメント: この投稿へのリンク 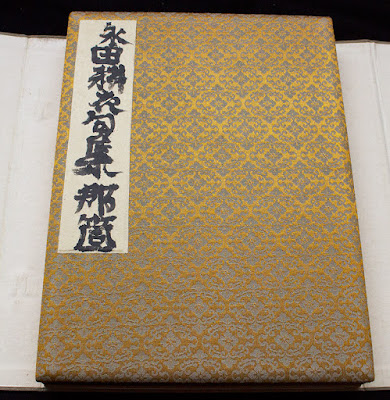