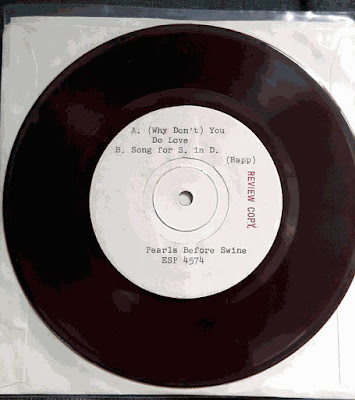 Appears to be a 'One-Off' Test Pressing Label on Side A is Type-Written, B-Side Label is blank. . . with Alternate Verisons of "I Saw The World" recorded as (Why Don't) You Do Love and "Guardian Angels" recorded as Song for S. in D.（引用） 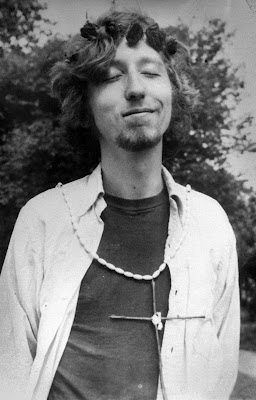 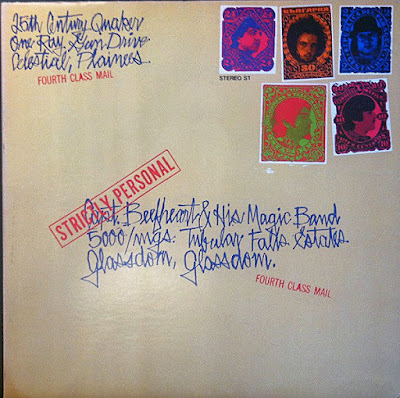 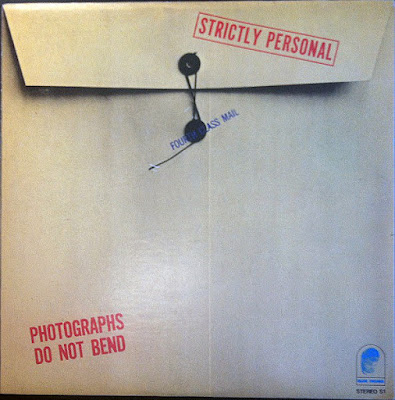 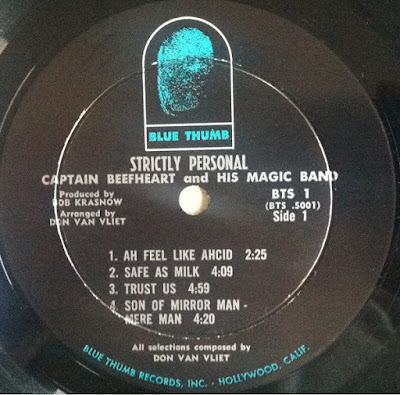 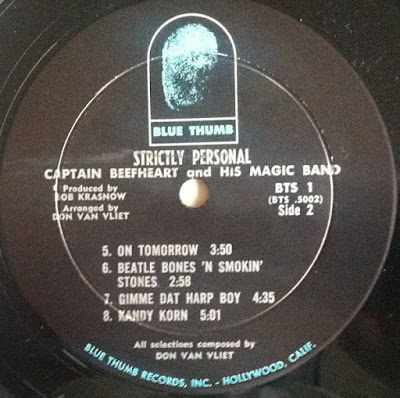 
[Early issues had both segued & non-segued tracks - ideally this needs to be stated in Release Notes, as does label color].

"Strictly Personal" is the follow-up to "Safe As Milk" and the band's 2nd official album, recorded at Sunset Sound Recorders between 25th April & 2nd May 1968 and released on the "Blue Thumb" label in October of that year.

After the production of "Safe As Milk" Ry Cooder departed, resulting from an incident at a warm-up 'Magic Mountain' gig at Mount Tamalpas prior to their booking at Monterey. The band thus failed to capitalize on airing the tracks at the all-important Monterey Festival in June '67. Problems further plagued Vliet's new-formed line up of Snouffer, Handley, French and Cotton when they began their European gigs in January '68. Their appearances at the UK's "Middle Earth" and "Speakeasy" clubs were jeopardized by problems at Immigration, where they were accompanied by event organizer (and "The Who" manager) Pete Meaden. This 'lack of UK work permit' fiasco soured UK deals between Meaden, Buddah management and Pye - perhaps beginning the rot that would lead Krasnow, and the band, to depart from Buddah. However, the band completed gigs in Hanover on the 16th, London's two club dates on the 20th & 21st, "The John Peel Sessions" on the 24th, the MIDEM performance on the beach at Cannes on the 27th and the Casino le Croisette with "The Crazy World Of Arthur Brown" on the 28th. They then returned to the US in February, appearing at the Whisky-A-Go-Go from the 1st to the 4th.

By late April a number of compositions, rehearsals and tapes were begun by the band for a second album on Buddah - broadly conceptualized as a double vinyl entitled "It Comes To You In A Plain Brown Wrapper". The core of this work took on a new shape when Vliet teamed the band up to an agreement with producer Bob Krasnow. Vliet had considered renaming the band "Blue Thumb", but this became the name of the new label which Krasnow formed. The material was pared-down to a single album and, whilst The Magic Band were appearing and performing this material back in the UK in May '68, Krasnow assembled the album under his own initiative. Much of the work had been created under the Buddah aegis, which may have been one of the reasons the work was reduced to a single album. Phasing and effects were added by Krasnow to the mix and the "Strictly Personal" album emerged as the first release on "Blue Thumb" as BTS 1. The album has also been manufactured & distributed by Liberty, United Artists and EMI. The 'Beefheart stamp' appears in red & yellow by the issue of the CD.

The band began and ended their European "Strictly Personal" tour at UK's "Middle Earth" on 3rd & 25th May 1968. In between they appeared in Rome, along with UK bands such as "The Trinity" with Auger & Driscoll, "Ten Years After", "Donovan" and "Fairport Convention", plus another "John Peel Session". Dates also encompassed UK colleges, pubs and clubs, including "Frank Freeman's" in Kidderminster on the 19th - some of which can be found on record.

In retrospect, there has been much controversy among Beefheart followers over the merits of Krasnow's additions to the "Strictly Personal" work. 'Un-phazed' material and sessions can be found on such releases as "I May Be Hungry But I Sure Ain't Weird" or "The Mirror Man Sessions", which provide an overview on the birth and existence of "Strictly Personal". The album "It Comes To You In A Plain Brown Wrapper", on the 'Sundazed' label, also plugs gaps in the band's "Strictly Personal" history- onwards to the release of the fifth official album "Mirror Man".
投稿者 tangerine 時刻: 18:15 0 件のコメント: この投稿へのリンク