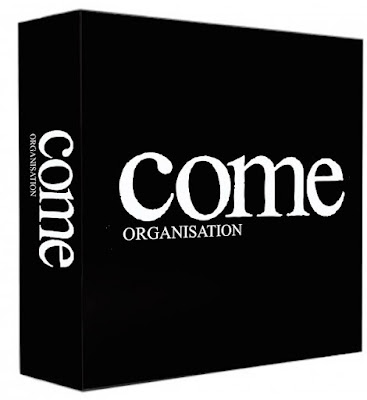 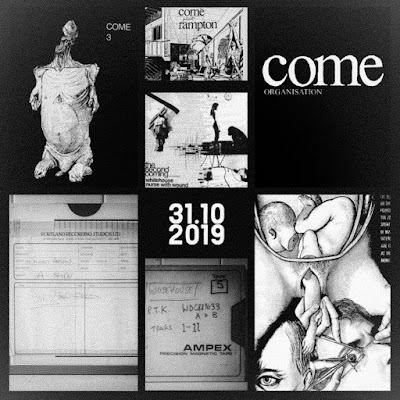 Since their launch shortly after the outset of the new millennium, few labels working within the territories of the vinyl reissue and archival release, have reached the heights charted by Vinyl On Demand. Beyond the greatest quality and care embedded within their efforts - redefining the idea of deluxe, they have elevated countless remarkable and overlooked creative gestures from the shadows of history, entirely recalibrating the legacies of music which exists outside of mainstream interest, placing the diverse actions of the underground in conversation with each other. Their catalog is among the most dazzling that can be called to mind.Of all the releases compiled by the label in the last few years, this one is by some distance their biggest coup. It almost seems impossible, but for this wonderful Come Organisation box-set they have managed to raise their own incredibly high bar again.

The Come Organisation was a record label founded in London in 1979, initially as a vehicle for the group Come. In 1978 Come had recorded their first single, Come Sunday / Shaved Slits, and were unable to find a label willing to release it. Influenced by Industrial Records (Throbbing Gristle's label) and Ralph Records (The Residents' label), William Bennett opted to self-release the single.
Come ceased to exist in 1980 (even though the I'm Jack LP was released in 1981) as the band morphed into Whitehouse. Come Organisation would become known as a label specialized in extreme electronic music, showcased by the releases of Sutcliffe Jugend and Leibstandarte SS MB in addition to Whitehouse.

Celebrating the label’s 40th Anniversary of its first release in November 1979, Vinyl On Demand is now proud to bring us the release of an ultimate deluxe retrospective set including 9x LPs in folder format with special sleeves + bonus Examples of Cannibalism 10" vinyl + a beautiful 212pp book + a truly massive poster. All of this is housed in a stunning embossed slipcase holder.
The book included in this limited edition box-set contains masses of unseen archive photos, posters, artist bios, stories, notes and all the Kata zines. Please note this is in a strictly limited edition of 585 signed copies with special certificate.